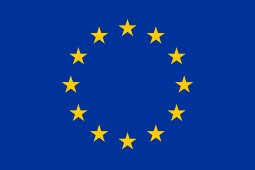 Once in a while a monumental change happens in our society, that we, as project delivery professionals, owe it to our community to study and learn from. Brexit is one such change. What insights and lessons can we derive as project managers from Brexit, or in particular, the process through which the UK intends to leave the European Union?

There have been – and continue to be – numerous events, stories and subplots playing out around Brexit. As of the time of writing, we are facing another general election, intended to bring the whole Brexit process to a close.

But let us start, as they say, at the beginning: the polling card landed on our doormat in June 2016 stating the referendum choice: “Should the United Kingdom remain a member of the European Union or leave the European Union?”. I’d debated this question endlessly with friends, family, and colleagues.

I could see the logic on both sides (although I’m pleased to say, I took care to ignore a now-infamous claim proudly made on the side of a Vote Leave campaign bus). But something bothered me about the second part of the question.

Over time the niggle grew – and when I learnt that contingency plans for the Leave option had not been developed, I came to realise it was about something I didn’t know: what exactly were the implications if the UK left the European Union? I gave my uncertainty a name: “Plan B”, as opposed to “Plan A” to Remain.

On the 23 June 2016 the referendum was held: 51.9% of voters chose Leave, and the next day David Cameron resigned as Prime Minister: a sign of the chaos and a complex chain of events to follow.

On 26 January 2017 Parliament introduced a short bill to empower Theresa May, the new Prime Minister, to initiate the Brexit process, which she then did on 29 March 2017, invoking Article 50. This triggered a two year count-down, obliging the UK to leave the EU by midnight on 29 March 2019.

With my project manager hat on, I thought again: how do we know this is going to take two years? Might it be quicker, might it take longer? The more I considered the level of uncertainty, the lack of clarity around “Plan B”, the less confident I became in any announced timescale. The most charitable interpretation I could adduce was that, in an act of political cunning, two years would put the pressure on and force a negotiation to take place. However, from that point on, things got worse.

Negotiations commenced in June that year, a loss of 3 months from a 24-month timeframe, reducing the process to 21 months. In November 2018 the Withdrawal Agreement was published and subsequently endorsed by the 27 other EU member states.

This was the first time that UK Parliamentary MPs and their stakeholders, the UK voting public, had the full picture as to what Plan B “Leave” entailed, just four months before the date of departure.

As it turned out, the plan was unacceptable. Two votes were held in the Commons on the Withdrawal Agreement, and both defeated, obliging the Prime Minister to ask the EU for an extension. On 29 March 2019, the day the UK was due to leave, a third vote was held, and again defeated. The EU subsequently granted an extension to 31 October 2019.

Over this chaotic period, during which I nearly stopped watching the Groundhog Day news, I asked myself: would I run a project like this? Would I present a critical document for review and endorsement – for the first time – to over 600 stakeholders, and expect to win over the majority?

My conclusion was no: I couldn’t possibly expect to succeed (I might, but I wouldn’t count on it). Instead I would try to build in far more iteration, to test stakeholder views as I went. Furthermore, the political process between the UK and EU, and within the UK Parliament, felt adversarial, with entrenched positions. The level of collaboration we would expect in a high-performing project environment did not seem to be happening.

Following the failed endorsements, Theresa May stood down, and Boris Johnson was selected as the new Prime Minister, taking his post 24 July 2019. With a new project manager at the helm, there were high hopes the process could be concluded.

However, the stronger language coming through of the desire to fulfil the will of the people, the mandate, got me thinking: what is now the will of the people, their mandate? Is it unchanged, from the day of the referendum in June 2016, or is it possible that now Plan B, Leave, has – at last – been articulated, the stakeholder mandate has changed?

We still don’t know to this day, and perhaps never will. This feels wholly unsatisfactory – for regardless of how Brexit plays out, we cannot know whether it reflected the mandate of the people at the time it either happens, or is abandoned.

Therein lies another project lesson: the external environment changes. The drivers for change, whether that be the departure of the UK from the EU, or the delivery of a new technology product or service into a market, is subject to change. The more time that passes, the more likely the stressors of time – and change fatigue – will erode that mandate.

So for a large change, it becomes ever more important to do the hard, risky things early, and define how the mandate will be fulfilled at the beginning of the process, not at the end. A well-defined change that is agreed upfront, can only be swifter and more robust.

Returning to Brexit events, in October 2019 the Government published a White Paper with an alteration to the Withdrawal Agreement, endorsed by the European Commission. However, MPs objected to the rushed timeframes, contending the three days allocated to consider it was insufficient. As a result, the Government missed the deadline of 31 October, and the EU approved an extension to 31 January 2020.

This of course triggered a general election, to be held on 12 December 2019. In a high-risk strategy, the Government hoped to increase its political headcount and thus prospects of delivering the project of “Getting Brexit Done” – and here we are today, awaiting the outcome of that election.

In conclusion, I believe there are five lessons the project delivery profession can draw from how the Brexit process has played out to date.

To find out more get in touch.